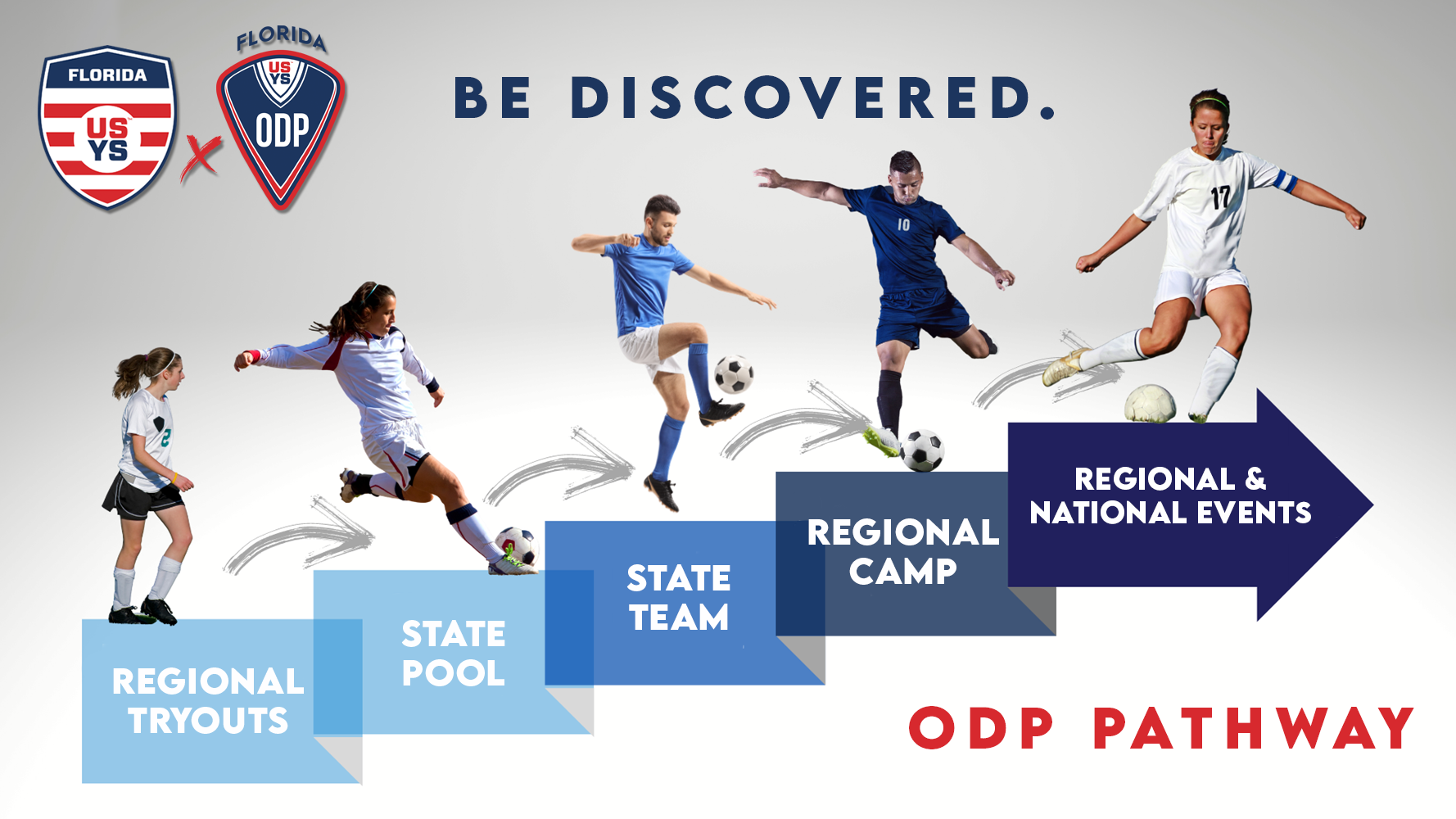 What is the US Youth Soccer Olympic Development Program?

The US Youth Soccer ODP Philosophy
To identify players of the highest caliber on a continuing and consistent basis, which will lead to increased success for the U.S. National Teams in the international arena.

Purpose
The US Youth Soccer Olympic Development Program was formed in 1977 to identify a pool of players in each age group from which a National Team will be selected for international competition; to provide high-level training to benefit and enhance the development of players at all levels; and, through the use of carefully selected and licensed coaches, develop a mechanism for the exchange of ideas and curriculum to improve all levels of coaching.

Program Description History
In 1979, the program expanded, the organization became more efficient and multi-year plans were developed. State Associations were encouraged to develop programs which supported and worked in tandem with National and Regional programs. At the beginning of 1982 a formalized program for girls was created, with the addition of a full committee (one member from each Region).

The US Youth Soccer ODP Selection Process
Each State Association holds ODP try-outs on an annual basis. Age Groups and try-out dates may be different from state to state, based on seasonal and state considerations. Your first contact should be to your State Association for try-out information.

How are Players Selected?
Players are selected, in most states, on the basis of open tryouts. These tryouts are conducted by state association coaches who are recognized for their ability to identify and train players with superior skills. Some state associations combine scouting techniques and invitations to certain players with the open tryouts. Selection of these players is not an easy task. The state association head coach or State Coach will, in most cases, be assisted in the selection process by several other qualified coaches from the club or league level. Players are evaluated on the four components that make up a soccer player:
1. Technique
2. Tactics
3. Fitness and Athletic Ability
4. Psychological Component (attitude)

What are Regional Camps?
US Youth Soccer is divided into four regions, each which offers a regional camp for state association ODP teams in each eligible age group. The camps are designed to provide high level competition and training for participating players. During this training and competition, players who are capable of performing at a higher level of play are identified for possible national team camp, pool, or team participation. Each region varies somewhat as to the specifics and the cost of their camps. Your state association or regional administrator should be contacted for more information.

What is a National Camp?
National Camps and Interregional events are held throughout the year at various locations in the United States. The National Team Coach or a National Staff Coach is present at these events to observe, train, and identify players for placement in the national pool or on a national team.

What are the Benefits of Participating in US Youth Soccer ODP?
1. Development as a player. The opportunity to train and play with the best player's in one's age group.
2. Quality instruction from nationally licensed coaches.
3. Quality competition. Games against other state association ODP teams.
4. Exposure to regional and national team coaches.
5. The opportunity to represent one's state, region, or country in competition.
6. Exposure to college coaches. What is the cost?

* Training Centers - $65 for all three in Region D

On Sunday the players who have been chosen will be announced at the event.

A list will be posted on our website with all the names of the players who have made the team via the ODP Selections page.